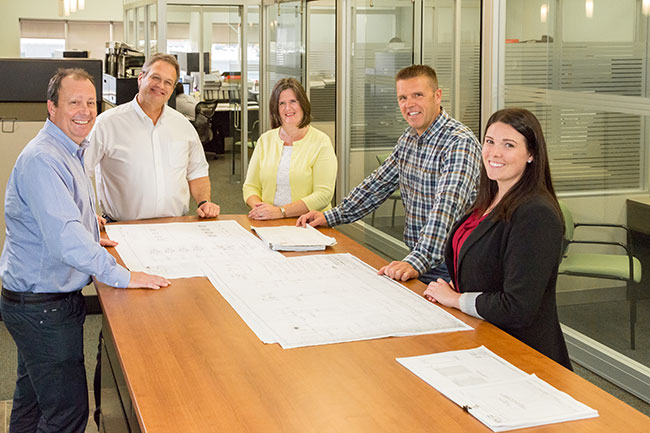 LMC Group of Companies was named one of Canada’s Best Managed Companies in 2014 for excellence in business performance. Sponsored by Deloitte, CIBC, National Post, Queen’s School of Business and MacKay CEO Forums, the Best Managed award recognizes Canadian owned and managed companies with revenues over $10 million for sustained growth, financial performance, management practices and the efforts of the entire organization.

“I would like to congratulate LMC and its entire workforce. Achieving this standard of excellence takes a united effort from a dedicated team,” said Peter Brown, National Co-Leader of Canada’s Best Managed Companies Program and Senior Practice Partner, Deloitte

The LMC Group of Companies has grown from a small family-run business established in 1977 to one of the largest mechanical construction companies in Eastern Canada. The company grew by tackling ever increasingly large and complex projects. LMC was the primary mechanical contractor for the construction of Canada’s Largest LNG Tanks at the Canaport LNG facility in Saint John, New Brunswick and was the major contractor for the first refurbishment of a Candu Nuclear Reactor.

Established in 1993, Canada’s Best Managed Companies is one of the country’s leading business awards programs that recognizes Canadian companies that have implemented world-class business practices and created value in innovative ways. Applicants are evaluated by an independent judging panel on how they address various business challenges, including new technologies, globalization, brand management, leadership, leveraging and developing core competencies, designing information systems, and hiring the right talent to facilitate growth.

“I am exceptionally pleased with receiving this award. Being named as one of Canada’s Best Managed Companies is a great recognition of the hard work that has contributed to our success over the past 30 plus years. We have continually challenged ourselves to improve and grow the company. Over the years we have expanded our markets and services but our core values have stayed the same. We are dedicated to meeting our customers’ needs and have an obsession for safety, quality and strong leadership. This is not only a win for me but for all employees of the LMC Group of Companies. Winning this award motivates us to continue to innovate and challenge the status quo,” said Styve Dumouchel, CEO LMC Group of Companies.

About Canada’s Best Managed Companies
Canada’s Best Managed Companies continues to be the mark of excellence for Canadian-owned and managed companies with revenues over $10 million. Every year since the launch of the program in 1993, hundreds of entrepreneurial companies have competed for this designation in a rigorous and independent process that evaluates their management skills and practices. The awards are granted on four levels: 1) Best Managed winner (one of the new winners selected each year); 2) Requalified member (repeat winners retain the Best Managed designation for two additional years, subject to annual operational and financial review); 3) Gold Standard winner (After three consecutive years of maintaining their Best Managed status, these winners have demonstrated their commitment to the program and successfully reapplied for the designation. Companies may requalify for two additional years, subject to annual operational and financial review; 4) Platinum Club member (winners that maintain Best Managed status for a minimum of six consecutive years). Program sponsors are Deloitte, CIBC, National Post, Queen’s School of Business and MacKay CEO Forums.

About LMC Group of Companies (www.lmc-ltd.ca)
Lorneville Mechanical Contractors was founded in Saint John, New Brunswick in 1977. The initial focus of the company was offering field mechanical construction services to industrial customers primarily located within the vicinity of Saint John. Over the years the company has grown in size, expanded services and branched out to meet the needs of customers in other geographic locations. The LMC group of companies now includes: Master Mechanical; LOMA in Newfoundland and Labrador; Qualmec in Quebec and XL-Air / Hydroplumb in Ontario. We are one of the largest mechanical construction companies in Eastern Canada and offer a full range of Engineering, Fabrication and Mechanical Construction services. At LMC we believe that we are the best in our industry and that our success goes hand in hand with our customer’s success.