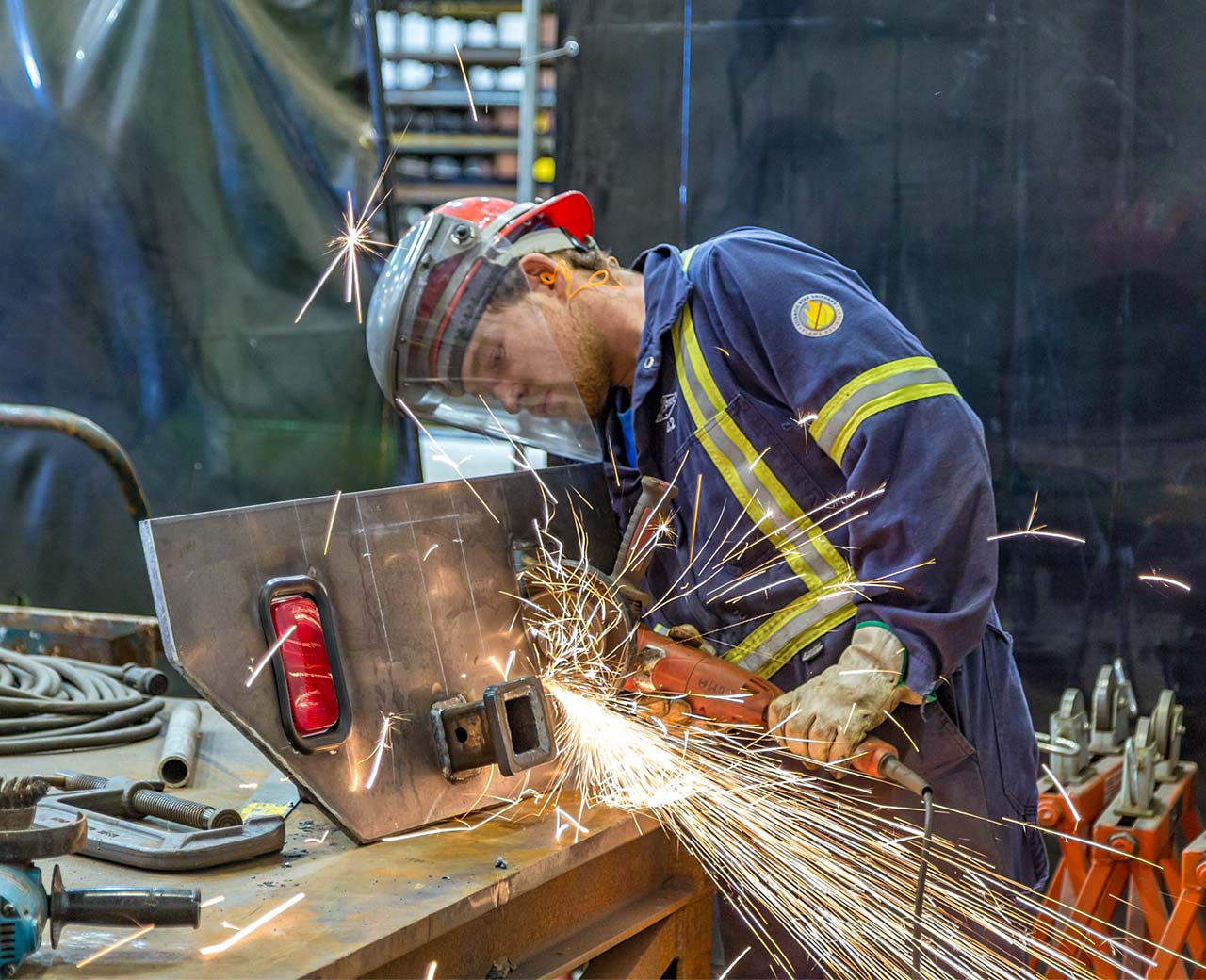 Over the past 40 years, Lorneville has been responsible for many major construction, maintenance, turnaround, and fabrication projects across North America. Each member of the Lorneville team holds our company-wide commitment to quality, safety, and workmanship to the highest standard, ensuring your next project—regardless of size or scope—is delivered on-time, on-budget, and to your satisfaction.

Lorneville’s expertise extends throughout the Petrochemical, Power Generation, Pulp and Paper, and Mineral and Mining sectors, and we work with many well-respected industry leaders, including Irving, TransCanada, Canaport LNG, and Imperial Oil. Whether you need to extend the life of your existing equipment, are refurbishing your facilities, or have a new construction project on the horizon, Lorneville can handle your scoping and supply needs.

At Lorneville, our people have the technical knowledge, experience, and professionalism your next project demands. We are proud of the work we have completed and the results we’ve achieved for our clients, and look forward to tackling new and exciting projects across North America.

With 40 years of experience working on major projects for some of North America’s most prominent companies in large industrial sectors, Lorneville is an established leader in construction, turnaround, and maintenance services. We’re committed to ensuring durability, longevity, and foremost, safety, for your industrial facility and equipment projects.

For an in-depth look at how we can deliver your next project on-time and on-budget, get your copy of The Lorneville Capabilities Guide.

In 2015, the Irving Oil Refinery in Saint John, New Brunswick, underwent one of the largest turnaround projects in the company’s history. This turnaround employed over 2,700 people at its peak.

During this Turnaround, Lorneville’s team was responsible for:

The replacement of a reactor head is a task that requires a group of riggers with a wide range of expertise. Lorneville’s team provided exceptional work, with Lorneville’s Rigging Foreman, Joel McLaughlin saying, “the lifts went flawlessly and everyone involved can hold their heads high with pride for another job well done by the Boilermakers.” 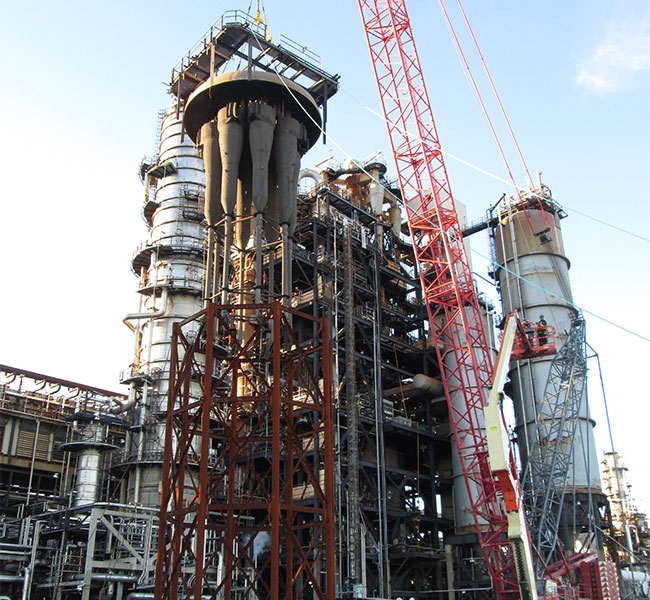 In the Spring of 2016, Lorneville was on-site at Rock Tenn Paper Mill in La Tuque, Quebec to perform refurbishment on a two-chambered, four field electrostatic precipitator. 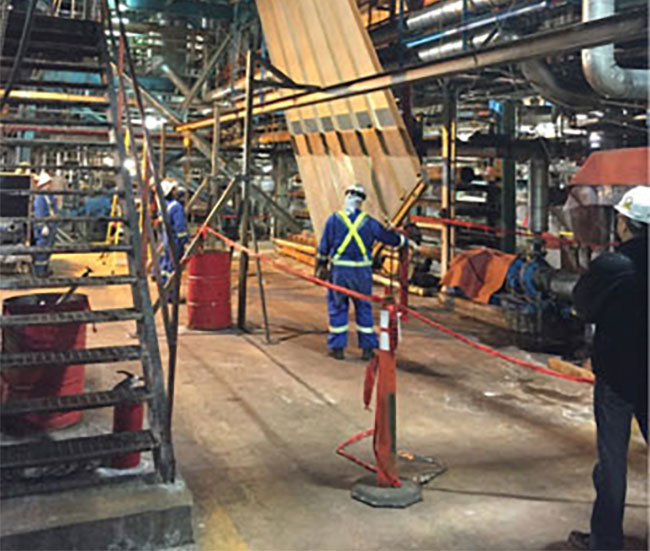 Lorneville was selected to complete a turnaround project at the Irving Oil Refinery in Saint John, New Brunswick. The scope of this project consisted of plant maintenance and capital project work, and completion of our work was essential to maintaining the refinery start-up schedule. Through detailed planning and excellent execution, Lorneville successfully managed the project scope and cost while meeting safety and quality objectives. We delivered daily updated cost reporting to the client which highlighted planned and forecasted costs of completion for all scopes.

Lorneville’s scope of work during this project included:

Lorneville also provided capital upgrades, such as removing and replacing trays in the splitter column, the metallurgical upgrade of LB piping system (including shop fabrication and in-field installation) and installing a new burner management system piping.

We are extremely proud of our performance on this project and received positive feedback from Irving Oil’s third party readiness consultant.

Lorneville was awarded a five-year tank maintenance contract by Irving Oil in order to help achieve safety, reliability, environmental, and tank life extension goals at the Canaport facility and its refinery in Saint John, New Brunswick. This ongoing project involves the planning and executing of tank maintenance activities, and Lorneville maintains an onsite workforce averaging over 50 people including:

Over the past few years, Lorneville has managed the inspection and repairs on over 30 tanks of various services and sizes ranging from 40’ up to 250’ in diameter.

When Lorneville was awarded this project, we were informed by the client there was an ongoing issue with eye injuries, and were asked what we would do differently to address this issue. Lorneville conducted a review of the incidents and implemented a program requiring full face respirators when conducting activities within confined spaces and for all hot work. Based on the success of this program, it was expanded to include all work on-site. Lorneville has not had an eye injury on-site since the implementation of this program. 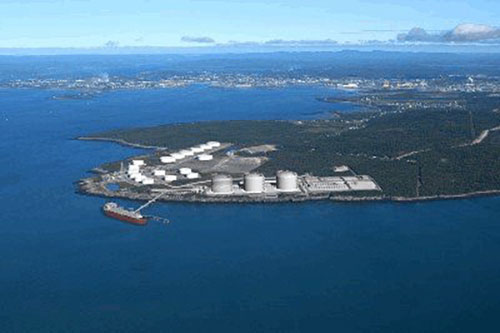 Lorneville was recognized with a Safety Leadership Award from Suncor for our for commitment to safety on this project. 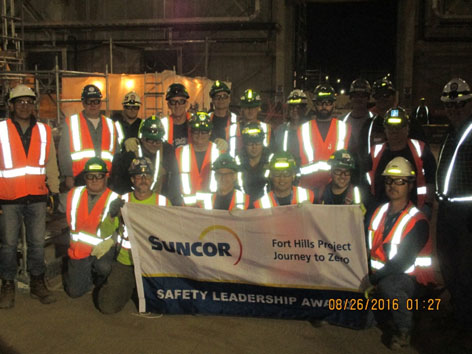 At its peak, Lorneville employed more than 250 workers on this project. Canada’s first LNG receiving and regasification terminal now supplies up to 1.2 billion cubic feet of clean-burning natural gas per day to Northeastern markets via Emera’s Brunswick Pipeline and its connection with the Maritimes & Northeast Pipeline. 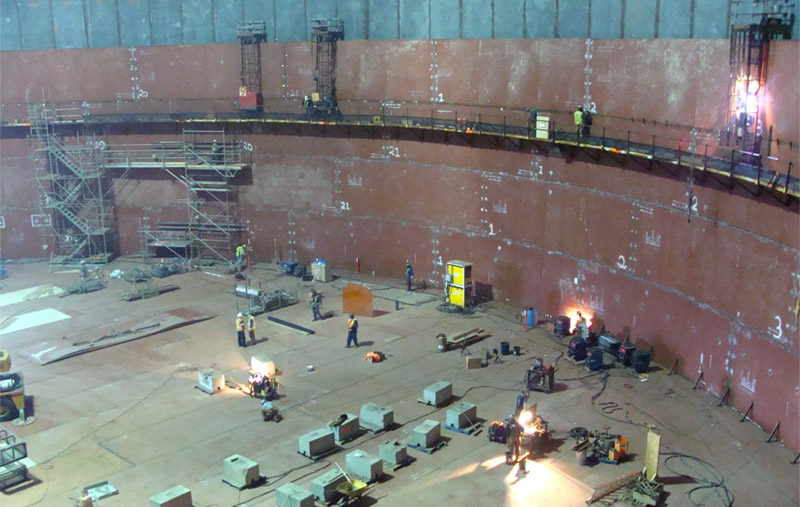 In 2009, Canadian mining company Vale INCO. started the construction of a major processing facility in Long Harbour, Newfoundland, to produce finished nickel product mined from the Voisey’s Bay deposits. Lorneville was responsible for the construction of one of the buildings on site to help house the processing plant. Lorneville’s first endeavour in Newfoundland was a success, and we are now well poised for additional industrial projects being developed in the region. 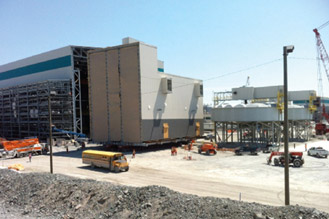 Lorneville worked with Atomic Energy of Canada Limited (AECL) on the massive refurbishment project—which included the first of the world’s fleet of CANDU 6 reactors to undergo a refurbishment—at the Point Lepreau Nuclear Power Station in southern New Brunswick. The Point Lepreau Generating Station provides up to 30 per cent of New Brunswick’s electricity and is one of the lowest cost generators on NB Power’s electrical system.

Lorneville was selected to complete this highly-technical work, which included the replacement of all 380 fuel channels, calandria tubes, and feeder pipes, as well as other station maintenance work. We provided labour and equipment for re-tubing, supervision, and other related services for the mechanical portion of the reactor refurbishment. As part of this project, Lorneville developed specialized fabrication and welding techniques. Not only did these techniques allow us to complete our work at Point Lepreau, they also prepared us for other similar projects in the Northeast and around the world. 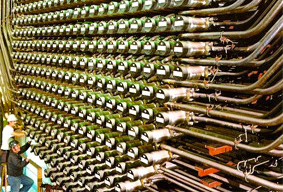